Oh my. This can’t be good. (Although Roseanne Barr would have been worse.) I wonder if she will be an Episcopalian priest, you know, to keep that whole Anglican thing going. I am sure that Kirstie Alley is a nice person and all that, but I just can’t see it…. Dawn French or no one!

BBC NEWS | Entertainment | Alley to star in US Dibley remake

Alley to star in US Dibley remake

Kirstie Alley won an Emmy for her role in Cheers
Former Cheers actress Kirstie Alley is to play the lead role in a US version of hit BBC comedy The Vicar of Dibley.

Alley, 56, will star as a preacher who returns to the small town where she grew up as a teenage rebel.

The Fox TV network will make a pilot of The Minister of Divine – co-produced by Vicar of Dibley creator Richard Curtis – before deciding on a full series.

Dawn French took the lead role in the UK version, which will end on Comic Relief night on BBC One on 16 March.

The final two full episodes of The Vicar of Dibley came top of the British ratings for the Christmas period.

The Minister of Divine is one of a number of new comedy pilots that will be made later this year. But only the best will be made into a full series.

Since Cheers ended in 1993, Alley has had roles in comedies Veronica’s Closet and Fat Actress, which chronicled her battle to lose weight.

One thought on “The Last Sign of the Apocalypse” 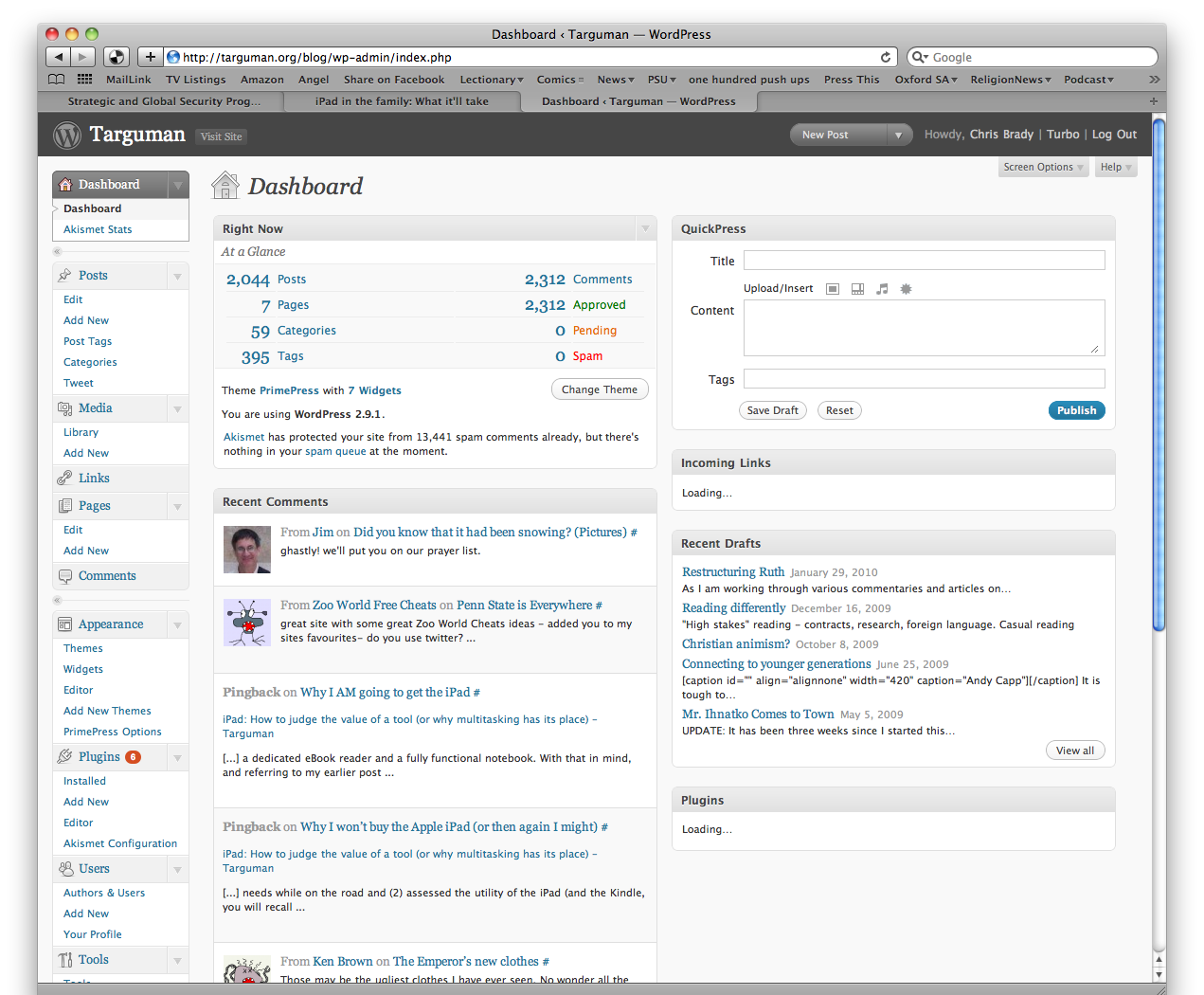 I have had repeated problems with my WP dashboard disappearing, or at least elements on of it. When I trouble shoot plugins […]

I miss our son deeply even while cherishing our daughter who is with us. This is the tension we live in, how […]

There isn’t much more to say. It is so bad it is…bad.

An Anglican cartoonist/blogger has these great links to pass along. Scarf, etc Talking of unrelated things, Advent seems to have become the […]