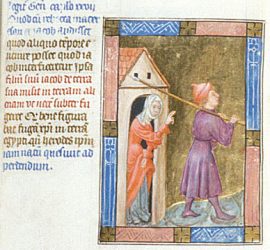 What follows is a subsequent chapter of the work-in-progress I shared last week, Characters of God. (You can read the premise of the work and the first chapter here.) These chapters originated as meditations for a men’s and later a women’s silent retreat. The meditations originally focused upon male or female characters according to the audience. The following chapter focused upon two figures, male and female, mother and son. The responses from the women’s retreat […]