This coming Sunday is Pentecost and perhaps there will be some fitting parallels to that first descent of the Holy Spirit on the followers of Jesus. On that day, they were not celebrating the Feast of Pentecost (in Hebrew Shavuot), they were not going into the synagogue to worship, they were not headed to the Temple to have the priests offer sacrifices on their behalf, nor were they in the streets preaching the Gospel, healing, or even just strolling the boulevard. They were hidden away waiting, as Jesus had directed them, until “you have been clothed with power [the Holy Spirit] from on high” (Luke 24:49). We remain physically distant from one another and yet we very much together in spirit.

This Sunday is also “The Visitation of the Blessed Virgin Mary.” This is the day we remember when Mary visited with her cousin Elizabeth. Mary had just been visited by the angel Gabriel with the rather stunning news that she was with child. After receiving the news, Luke says she went “with haste” to her cousin, whom Mary knew had recently and miraculously also become pregnant. Elizabeth’s baby, John, who would be known as the “Baptizer,” lept in the womb at sound of Mary’s voice because she was carrying Jesus. Elizabeth recognized both Mary and her child and said, “Blessed are you among women, and blessed is the fruit of your womb. And why has this happened to me, that the mother of my Lord comes to me? …And blessed is she who believed that there would be a fulfillment of what was spoken to her by the Lord.”

The Bible says remarkably little about Mary, considering she was Jesus’ mother. (It says even less about Joseph, who disappears after his birth, but that is for another essay.) Jesus clearly loved his mother and cared for her, even in his dying moments. Over the centuries, however, the church has provided a variety of traditions and associations for Mary. Growing up as an Evangelical Protestant, I was taught that all of that was bosh, that Mary was nothing more or less than a normal woman, albeit one chosen by God for a very special purpose. In that and in her response, however, I think Scripture and Mary herself provide the example of the “every woman,” the woman that we all ought to emulate in faith and courage.

Think about the moments that preceded Mary’s hasty travel to her cousin Elizabeth. That event must of have been the most frightening in Mary’s young life, when the angel Gabriel came to her and said, “Greetings, favored one! The Lord is with you.” Everything about Gabriel’s announcement to Mary was fraught with fear and anxiety. Betrothed, but not yet married, she was now pregnant. The man, this creature–what would she have thought he was?–this figure, came before her and declared that “the Lord is with you!” Reasonable enough introduction, but then he goes on to say, not only that she is pregnant, but that this child would be the salvation of the world!

“Do not be afraid, Mary, for you have found favor with God. And now, you will conceive in your womb and bear a son, and you will name him Jesus. He will be great, and will be called the Son of the Most High, and the Lord God will give to him the throne of his ancestor David.”

I do not think I can fully conceive what Mary’s response must have been, what was going through her mind when she heard these words. I can imagine she had to sit down, grasping her belly, now aware that she was pregnant, and holding up a hand to this man. Pausing, taking in his words and their meaning, Mary then says, very reasonable, is “How can this be, since I am still a virgin?” Consider that. Her response was not “No! Impossible!” It was not to reject the man, throw him out of the house. Instead, she believes. She accepts his declaration and simply asks, “How?”

Contrast her response with Zechariah, the husband of Elizabeth. When the angel Gabriel came to him (just a few verses earlier) and declared the good news that his prayer for a child had been heard by God, Zechariah responded, “How will I know that this is so?” He did not believe. He had prayed for just this outcome, had asked God that Elizabeth and he could have a child, and an angel appeared to him as he served in the Temple and said, “God has heard your prayer! Your wife Elizabeth will bear you a son, and you will name him John.” And the priest Zechariah did not believe, but wanted to proof, “How will I know this is so?” As a result of his disbelief, Zechariah was struck dumb for the duration of Elizabeth’s pregnancy (a gift that my Elizabeth often wished had been so when she was pregnant with our John Mack!) and his tongue was only loosed when he confirmed in writing that their child’s name was John.

Not Mary. She believed. When the angel of the Lord came to her, she was curious, she wanted to know how it was so, not if it was so. And when Gabriel told her that it was the Holy Spirit who descended upon her and made her pregnant, she responded yet again in faith. “Then Mary said, ‘Here am I, the servant of the Lord; let it be with me according to your word.’” And, as cousin Elizabeth said, “blessed is she who believed that there would be a fulfillment of what was spoken to her by the Lord.” She believed and is an exemplar for all humanity.

Mary had faith that God was indeed with her. Gabriel’s greeting was not just a convention, but a statement of fact. God was with Mary, all through her life. She was favored of God and blessed, even as that blessing would involve much suffering and grief. Not only was she blessed, but she was carrying blessing to all the world. Yet that salvation would only come through the loss of her baby boy. For all the assurance of the angels, I am sure she grieved no less than any other mother. And yet, throughout her life and the life of her son, Mary remembered the promises of God, she “treasured all these words and pondered them in her heart” (Luke 2:19).

This greeting, “the Lord is with you” or, as we say in our services, “the Lord be with you,” is first found in the Bible in the Book of Ruth (2:4). It is simple, practically perfunctory, yet full of blessing. In both the Greek of Luke and the Hebrew of Ruth, there is no verb (none is required in those languages) but rather the simple assertion “the Lord with you.” It is awkward in English, yet it conveys more forcefully, to me at least, the fact that it is not a question of past, present, or future, rather the truth that wherever and whenever we are, there is the Lord. “The Lord with you.” This is the grace of God, the freely given gift that enables us to continue to move through this world, even while looking for the complete healing that will only come in the World to Come. Jesus himself offered the same encouragement to the disciples on multiple occasions, most notably in his last words recorded in the Gospel of Matthew. “And remember, I am with you always, to the end of the age” (Matt. 28:20).

Jesus also promised that God would send “the Advocate, the Holy Spirit” to be with us, to teach, comfort, and guide us. The Lord with us, always. So how do we experience God’s presence? How do we hear God speak to us out of the whirlwind, see the face of God, and know that he is with us? It is the masks lovingly made by Jan and given to so many in the church so that we might protect others. It is the green bean casserole taken to a family who has just had the birth of a child, or the loss of one. It is the text message, card, or note sent to say to a friend to say, “I am with you.”

Mary’s son Jesus sent us out into the world to continue his ministry. To comfort and strengthen us, he sent his Holy Spirit as well. Some have and will receive direct visions and experiences from God, I do not doubt that, but God is no less present with those of us who see the face of God in the smile of a friend who stops by (or “zooms”) to share a drink or drop off a meal. The Holy Spirit who was with Mary and descended upon the followers of Jesus on that Pentecost is at work in the person who thinks, “I should send her a note today.” That is the work of the Spirit.

You are blessed, you are favored, and the Lord is with you. 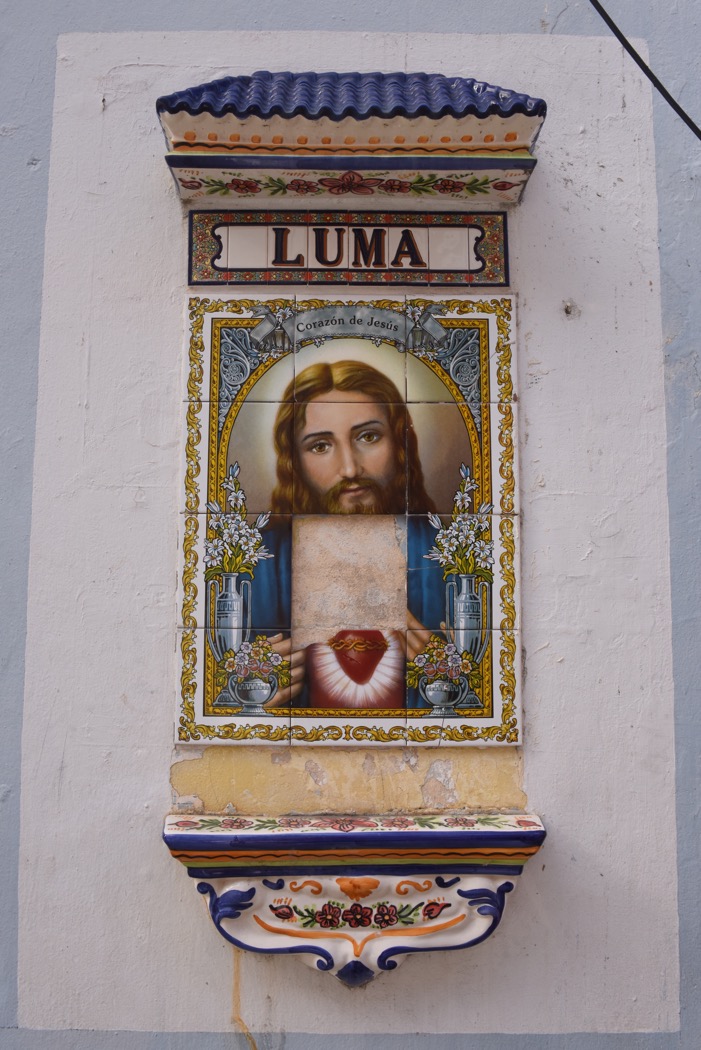 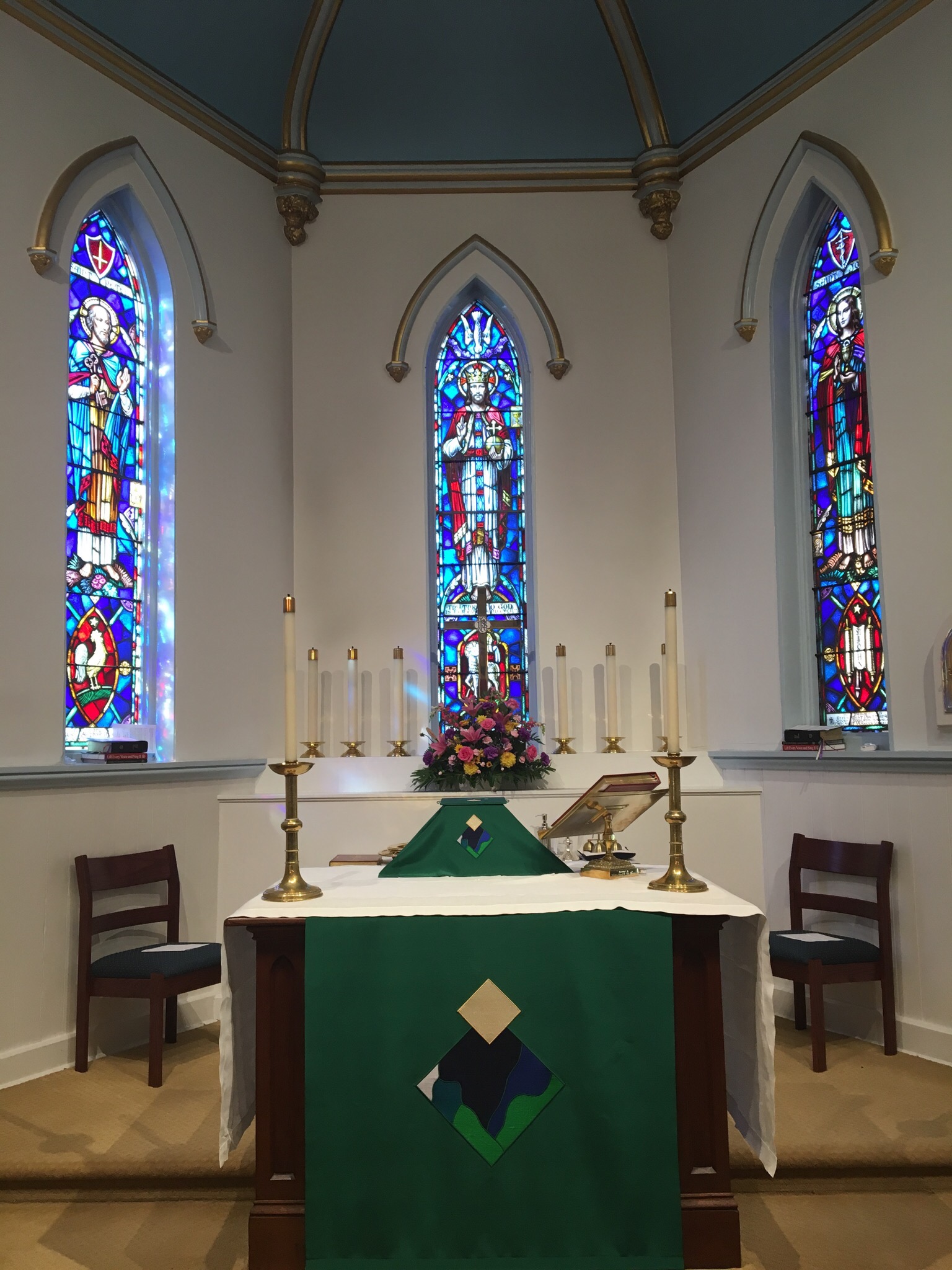 What do you think? Does God advertise?