Yesterday’s epistle (in the RCL) was Philippians 4:1-9. The preacher at Good Shepherd, Lexington was the Rev. Canon Elise Johnstone. Good Shepherd is beginning a time of transition as their rector, Brian Cole, was called to be the Bishop of Eastern Tennessee. The Canon preached on this passage from Philippians and began her sermon in a curious way, talking about watching movies on the Disney Channel in the 1980s. She said she particularly liked Pollyanna, the 1960 movie based upon the novel from 1915. 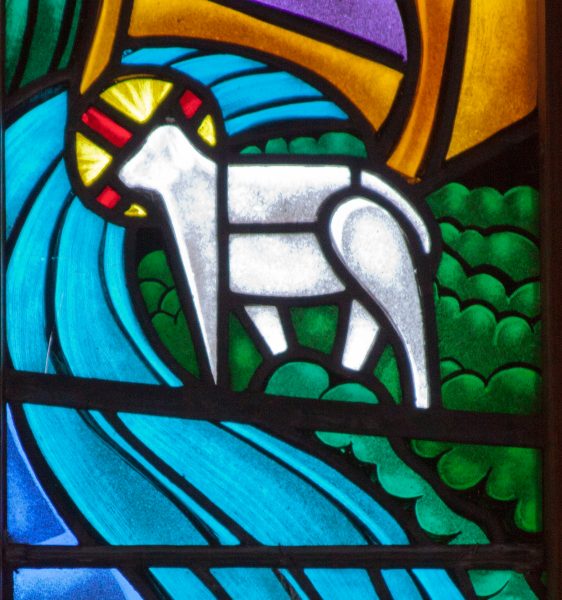 The Canon went on to point out that the character’s name became synonymous with unreasonable optimism, optimism in the face of all reality to the contrary. Thus, someone who is a “Pollyanna” is someone who is not being reasonable or realistic about the challenges and difficulties of life. (Not to be confused with a “Mary Sue.“) It is even an entry in the dictionary.

Moving to the Epistle, Canon Johnstone pointed out that unreasonableness of Paul’s request. That he urged “Euodia and I urge Syntyche to be of the same mind in the Lord” and that we are always and at all times to “Rejoice in the Lord always; again I will say, Rejoice.” How are we to rejoice “always” in the face of such tragedies as Las Vegas and the natural disasters of the fires in California and the destruction of hurricanes? Cleary, she said, Paul was not being realistic.

Then she reminded us that when Paul wrote this letter he was in prison (Phil. 2:12-14) and had not exactly led a sheltered life. So, Canon Johnstone pointed out, while he may be accused of being “Paulinish” he could not be accused of being Pollyannish.

You know my fondness for puns, so this clearly was a winning sermonic device in my book. But of course I also just recently wrote about Paul’s Unreasonable Expectations: “Be of the same mind.”  In that essay I made the same argument, that just because Paul is calling us to do the impossible, to be in complete agreement and harmony, doesn’t mean that he is being unrealistic. Rather, as Canon Johnstone proclaimed so well, Paul is fully away of how difficult, hard, and unfair this world can be which therefore makes the Gospel message so necessary.

“Rejoice in the Lord always; again I will say, Rejoice.” In prison, in hardship, in depression, in sorrow, and grief. We rejoice. Not by pretending that none of that exists, but by acknowledging that God is present, especially in the midst of our suffering.

7 And the peace of God, which surpasses all understanding, will guard your hearts and your minds in Christ Jesus.