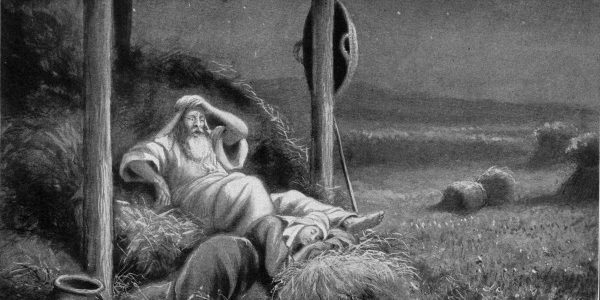 I just finished this section and I thought it curious (bizarre, amusing) enough to share this snippet. This is from my commentary on Tg. Ruth. No footnotes are reproduced.

The Targumist follows the beginning of verse 8 very closely until he reaches the point where Boaz “was startled and turned over” וַיֶּחֱרַד הָאִישׁ וַיִּלָּפֵת. The Targumist has included what at first glance may seem to be simply a Midrashic addition with little connection to the base text, but in reality is closely connected: “…and he trembled, his flesh became soft like a turnip from fear,” ורתת ואיתרכיך בישׂריה כליפתא מן רתיתא. First, the Hebrew וַיֶּחֱרַד, “he was startled” is from the root *חרד and can mean “tremble” or “to be afraid” is rendered with ורתת, “he trembled.” The Targumist then renders וַיִּלָּפֵת, “he turned over” with ‎‏ליפתא, “turnip,” since both words share the same consonants and the phrase fits the context. Finally, the Targumist says that his flesh became soft “like a turnip from fear.” This latter phrase מן רתיתא can also be viewed as a rendering of mt’s וַיֶּחֱרַד. Each element of this extended and vivid description of Boaz’s response has some connection with the underlying Hebrew text.

The same word-play found in b San. 19b, but with quite the opposite meaning.

“The strong desire affecting Joseph was modest for Boaz, in line with that which is written, ‘And it came to pass at midnight, and the man was startled’ (Ruth 3:8).” What is the meaning of “was startled” [וילפת] ? Said Rab, “His penis became as hard as a turnip top.”

Rab clearly has in mind an uncooked turnip. The Targum, on the other hand, clearly states that it was “softened.” So the Targumist envisions what in modern English colloquialism might be referred to as “goose bumps,” “goose pimples,” or “goose flesh,” where the skin develops small bumps either from cold, fear, or arousal.

Melamed and Churgin both see Tg. Ruth as reliant upon the Talmudic source. Beattie rejects that suggestion and I am inclined to agree with him. Both readings play on the same fact, the sharing of consonants between these two terms. There seems no clear reason to view the Talmud as the origin of this interpretation. In fact, one could equally make the opposite argument, that Tg. Ruth is in fact the origin of this exegetical tradition. The Targumist’s use of a “soft” turnip matches the context visualized by the biblical author: the man awakes in the cool of the night and is startled and afraid. All of that fits the situation in which one might experience “goose bumps.” On the other hand, Rab’s interpretation requires that Boaz was already aware that Ruth was there and had time to be aroused to the state of a “turnip top.” It doesn’t seem to fit as well with the biblical context as does the Targumic version. Of course fitting in that context is less of a concern for general Midrashic interpretation, but is usually a consideration in Targumic renderings. That being said, there are no criteria that can be used to definitively prioritize one tradition over the other. The Talmud does, however, also contain additional exegetical elements shared with the Targum.

The Targumist, for his part, is not unaware of the sexual tension in this scene and decides to heighten the situation. Once he has seen the woman (וחמא והא איתתא) Boaz does begin to react.

His desire grew strong, but he did not approach her, just as did Joseph the Righteous who refused to approach the Egyptian woman, the wife of his master; just as Paltiel bar Laish the Pious did, who placed a sword between himself and Michal daughter of Saul, wife of David, whom he refused to approach.

We noted earlier that this scene is sexually charged and ambiguous, so it should not come as a surprise that the Targum sought to clarify the ambiguity and to do so in such a way that removed all doubt as to the chastity of both Boaz and Ruth. I would be remiss if I did not comment on the manner in which the Targumist does this, but first a textual note.

Valmadonna is alone in rendering the phrase which opens this section with ותקף יצריה, “his desire grew strong.” All other English translations read something like “he restrained his desire.” These scholars are all following the other mss which have וכבש. I have followed V since it is the oldest textual witness and it also provides a reasonable reading. It works to the Targumist’s agenda to show that Boaz had great desire for her and yet still was able to “refuse to approach her.” His piety is all that much more to be admired.

Indeed, the Targumist could well have considered a rendering that would remove all ambiguity and sexual overtones, simply stating that there was no sexual contact, perhaps even stopping after the addition of “his desire grew strong, but did not approach her.” Yet the Targumist goes beyond and compares Boaz’s stoic behavior to that of Joseph and Paltiel. This exegetical tradition is also found in b. Shab. 19b and 20a and is the larger context for the discussion of Boaz’s “turnip.” The story of Joseph is well known, as he rejected the advances of Potiphar’s wife (Gen 39:7-13). The reference to “Paltiel bar Laish,” is a reference to 1 Sam. 25:44 and 2 Sam. 3:15 and is slightly less well known. Palti was given David’s wife (and Saul’s daughter) Michal as his wife when David had to flee from Saul (1 Sam 25:44). Eventually David receives her back (2 Sam 315), but in this passage he is referred to as “Paltiel.”

Said R. Yohanan, “He was really called Palti, and why was he later called Paltiel? Because God (el) saved him from transgression [namely, marrying an already-married woman].

“What did [God] do? He put a sword between him and her [so they did not have sexual relations], saying, ‘Whoever gets involved in this matter will be pierced by this sword.’”

By drawing comparison with these two figures who resisted sexual temptation the Targumist further develops the character of Boaz as a pillar of piety and places him within the company of other chaste heroes. Whereas I argued earlier that there is no way to determine whether or not the Talmud or the Targum was the origin of the tradition regarding Boaz’s “turnips,” in this case the Targum is clearly dependent upon preexisting exegetical tradition. The reference to Joseph is self-explanatory and evident within the biblical text itself, the same cannot be said about the references to Paltiel. The traditions ascribing such piety to him are all later and extra-biblical. The Targumist’s audience would have to be aware of that tradition in order to understand the reference to Paltiel and his sword.

ProfHacker at the Chronicle of Higher Education has a great little piece about how to make students’ blogging more effective, not in […] 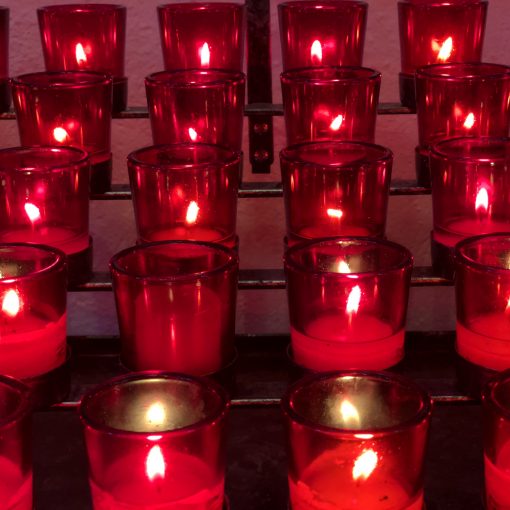 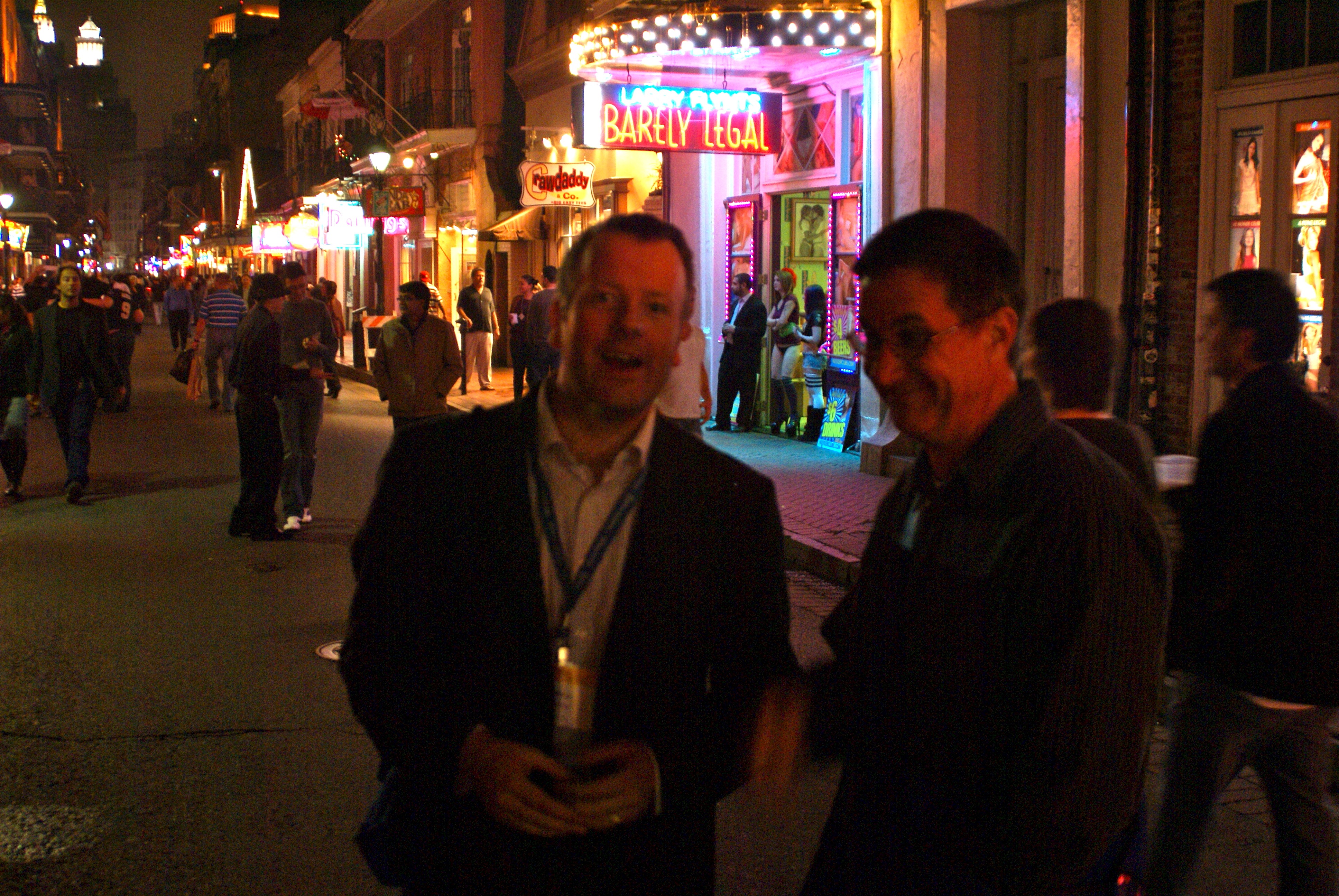