Today’s Chronicle of Higher Education Wired newsletter has two stories that were of interest to me and may be for you all as well. The first is a very handy app, Attendance.

One of the only explicitly teaching-related iOS apps that I use is Attendance, a straightforward program by David Reed, a computer science professor at Capital University. I reviewed the app forMacworld.com upon its first release, and have used it religiously over the intervening 18 months.

Attendance has such a straightforward purpose that, frankly, I haven’t paid much attention to the features added in recent updates. It turns out that Attendance is a universal app, in that it runs on iPhones, iPod Touches, and the iPad.

This seems a simple and elegant solution that includes nods to real world concerns, such as being able to add pictures of your students so you can actually remember who they are.

The second is a story about schools attempting to use Twitter as a recruitment tool. While admissions offices are moving to Twitter as a means of recruiting students they are finding that HS students are not even on the social networking site.

Colleges are ramping up efforts to connect with prospective students through Twitter—but students aren’t interested, a new study says.

Evidence has shown that teenagers rely on college visits and Web sites to learn about colleges, rather than social-media outlets. When it comes to Twitter, students are barely on the site at all, let alone for college research purposes.

I am sure many of us could have told them that. In fact, the director of marketing quoted noted that while HS students aren’t interested in Twitter they admissions workers are all late 20s to mid-30s, the Twitter demographic. But I think it is wrong to move away from social media. The real power of these tools is the ability to make them work together. My shcdean Twitter account is connected to my Facebook status and my SHC blog. When I update one the others are all updated and I know that the others are being read. So, one “push of the button,” so to speak, and I hit all the major outlets. The trick then, as always, is to use the tools intelligently, not just follow the trends. 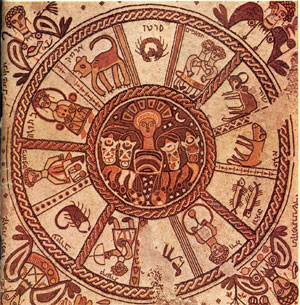