I have mentioned before that we have a couple of conferences on climate change coming up at Penn State. One that we as the honors college are hosting and one that I as a scholar and clergy am participating in. The former is “Educating for Sustainability” and the latter is “Stewardship or Sacrifice? Religion and the Ethics of Climate Change” and the panel that I am chairing is “The theology of stewardship and sacrifice in response to climate change.”

Religion is about many things, but central to most religious traditions is a code of ethics – a proper way of responding to God, to one another and to the world around us.  In this session academics and religious leaders representing a variety of traditions (Rosemary Bertocci, Christian Brady, Nina Beth Cardin, David Johnston, and Sandra Strauss) dip into the great reserves of wisdom bound up in the stories of creation, life and rebirth.  But climate change is more complicated than merely caring for our environment, it may require a completely different way of thinking about the theology of stewardship and sacrifice as we respond to the ethical challenge of our age.  After a break, Mark Wallace, professor at Swarthmore College and author of Green Christianity, will respond to the panel presentation and lead discussion.

One of the challenges before us (or me as the chair setting the tone) is that I think I am going to take umbrage at the dichotomy presented. A classic academic move to make others think how clever I am, to be sure, but really, with my recent musings on the creation narratives I am not sure that these are the terms that we want. If nothing else the terms are, as my colleague developing the conference pointed out, archaic to most outside religion.

Take sacrifice for example. Our mind might go first either to Abraham and Isaac, if we are biblically minded, perhaps even Leviticus, or to Jimmy Carter asking us all to put on a cardigan. Now that The Love Boat is no longer on we don’t have ship’s stewards to jog our memory. But stewardship is a term we actually use quite a lot in development/fundraising circles. “We must steward the gifts we have been given,” in order, of course, that the donor will give us additional gifts. Still, I am probably being very pedantic and should just stick with the terms.

Leaving aside for the purposes of this discussion what Gen. 1-3 tell us about God, there are a two of very key messages that both creation narratives have regarding this world and our role in it.

The first is that all of this was created for humanity. Whether we are talking about the orderly and well-structured account in Gen. 1 or the prosaic and earthy description in Gen. 2 the world, the plants, animals, all the cosmos were created to provide a habitat for humanity.

The second point of agreement is that part of humanity’s responsibility from their moment of creation is to take care of this creation.

Gen. 2 offers a very similar role for the man in the garden of Eden.

I have already written elsewhere that while some are uncomfortable with the notion of humanity subduing and having dominion over the creatures the context of Gen. 1 makes it clear that humanity’s role, our role, is to mirror that of God who is a caring and benevolent ruler. The man’s task of tilling and keeping is very similar. The role of humanity is to be that of caretaker and protector. Indeed, the Hebrew term usually translated “to keep” שמר has a fundamental sense of “protecting” and “preserving.”
Needless to say, this then should serve as an obvious basis for an environmental movement to be embraced by all Christians and Jews who consider the Bible as authoritative. Caring for this world is what it and we were created for, the earth and all its inhabitants to provide us sustenance and we to tend to it.1

Strawmen along the golden road.

So I am often surprised when I am told by my green friends that it is religionists and particularly conservative Christians who stand in the way of our bringing about effective policies with which to combat climate change. I have been told that it is because of the subdue/dominion language of Gen. 1 (“the world was created for us and we can do with it what we want”) or on the other end of the time line that since we will have a new heaven and earth when Jesus returns, it really doesn’t matter what we do with this world now. (And after all, we have more important things to worry about such as evangelism.)

Yet when I did digging for a similar panel discussion two years ago I could not find any conservative Christian using Scripture to justify our not taking steps to care for the environment. I found folks like Jerry Falwell, a conservative Christian, to be sure, who opposed environmental legislation, did so on political and social grounds. If one were cynical one could say that Falwell might have tried to use Scripture to justify his political views but the very fact that he did not is a strong indication that such a reading of the Bible was too extreme, even for him.

So I think we have to be careful to not  conflate conservative political views with conservative religious convictions. (And there are many who are “liberal” politically who are not necessarily on board with many environmentalist’s goals and plans.) Since the exegetical maneuvers suggested above have not been widely used, at least as far as I have found, why should they be offered as possible interpretations?

Are there really any religious objections that Christians or Jews should be concerned with regarding movements to protect the environment? Well yes, I think there may be. I would no go so far as to accuse anyone of paganism or New Age movements (unless they embrace and claim that identity which many do) but I do think that the emphasis upon the Earth and our “saving” it can lead to misplaced priorities and perspective. We certainly are to care for creation, to tend and protect it, but as the Bible makes clear this creation is just that, a creation, something made by a Creator.2 There may be concern that by focusing so much energy on the creation we begin to elevate it above the devotion that the Creator deserves. Yet this is no different than any other unbalanced focus of our attention. Our jobs, family, appetites, can all become our focus of worship and service if we allow them.

Returning then to the texts, conversations about a Christian (and I would suggest also Jewish) response should begin at the Beginning. Gen. 1-2, however one interprets the “mechanics” of creation, so long as the discussants agree that these texts are in some way authoritative, can serve as a base upon which further discussion can be fruitful built. Needless to say (but I shall say it anyway), there will still be many disagreements about implementation and politicization. I think, however, there should be little debate though about our role in impacting nature. (Even if one does not believe that automobile exhaust is causing a hole in the ozone, for example, all that exhaust cannot be good, so we should look for alternatives.)

Another area of emphasis that I know others at the conference will have is the impact of global warming upon the poorest of the planet. We saw, for example, the kind of death and destruction brought to coastal regions in Asia by the tsunami. No one (that I know of) is suggesting that was the result of climate change, but if the rise of oceans scenarios famously depicted in Al Gore’s film should occur the loss of life among the poor would be devastating. Global warming might also cause severe drought leading to famine and so on. Again, I think that any Christian would and should agree that we are charged to care for those most in need. The challenge in that discussion is not finding the common ground of concern for the poor and needy, rather many feel that the causation is not clear particularly since it is projected into the future.

Are their prophets among us? Perhaps. And how do we determine the truth of a prophet?3 We return to scripture. Why not start at Gen. 1? 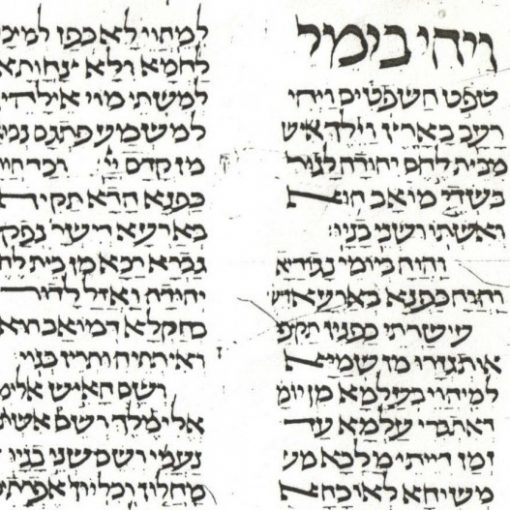