BBC News is reporting that a zoo in Scotland has breed super-deadly frogs. The NOW Show wants to know why. Could it be war?

A frog so poisonous that it can kill up to 200 people has been successfully bred at a Fife aquarium.

The golden arrow poison dart frog secretes toxin from its skin, which is used by south American tribesmen to poison their blow-gun darts.

At least one person is certain that the war is coming.

A great strip from Scott Kurtz, PVP. (A reminder: the image will looked squished so just right-click [control-click] and select “view image” […] 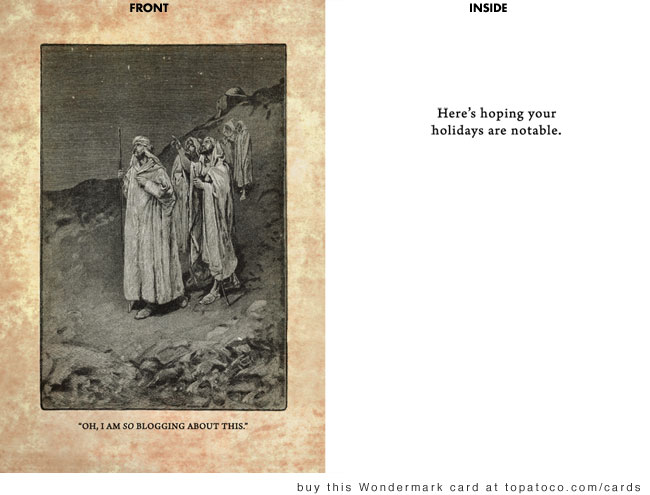 Just so you know, this is so going to be my Christmas card. To share the love, you can buy them here […]

UPDATE: In the comments many asked if books were available and they are! Pick them up at Amazon. I do not know […]