I cannot say that I am a huge fan of Rick Warren and while I am sympathetic with Jim West’s general uneasiness (and with Jim it is outright hostility) with any pastor who even appears to get involved with politics I have to admit that the Saddleback Civic Forum that Warren orchestrated has been excellent. Jim wrote before the forum:

I’m in complete agreement with David Waters when he writes

I’ve been trying to decide which is more troubling: That our two candidates for president are making their first joint campaign appearance at a church, or that the pastor of that church has put himself in the position of campaign moderator.

Both are troubling. Rather than climbing in bed with politicians, pastors are duty bound to be prophetic in their behavior. And by that I mean, they are to be critics of social policy when that policy is at odds with what is right and ethical and moral and, yes, godly. It seems Warren has left aside this prophetic role once again in order to step into the spotlight- hand in hand with politicians- for fame?

I cannot know and therfore judge Warren’s motives in organizing the forum. I disagree with the fundamental assertion that what Warren is doing is not “prophetic” or is not holding politicians accountable. Waters (in the article cited by Jim) quotes Martin Luther King Jr. saying,

Having now watched the forum I think we can certainly say that Warren has done a great service to the American public. His questions have been fair and yet far more relevant than any that I heard in the primary debates. The context allowed each to present their views without the interference of the opposition. They were also very good questions, getting at issues that I think are extremely important and while Warren was not aggressive as an inquisitor he drew out of the candidates their views on some very important issues.

Was Warren being prophpetic? I won’t say no because I don’t believe that we can say the biblical model of the prophet was someone who was always “in the face” of the rulers or establishmnet, yelling and spitting. I do believe that the biblical model of the prophet is one who holds a mirror up to God’s people and challenges them to consider if they are living up God’s standards for them.

One of our questions as exegetes and pastors is to translate this model into our modern context. How would Jeremiah engage in our society today, in the US? Frankly, I think he would run for office. I don’t think he would get elected, but I think he would see his job as getting into the place of power in order to effect change that is in line with God’s law. But then again, we are a secular society and that changes the dynamics considerably. So I am not sure what a “biblical prophet” would do today. I can say this, I am convinced that there is not a single model for a prophet of God. Hosea, Amos, Isaiah, Jeremiah, each had common themes and purpose, but each was different, each spoke in a slightly (or very) different context. Today is no difference.

So was Warren being a prophet in his role tongiht? On some level yes, I think so, because he held a mirror up, asking questions of these candidates from the perspective of a Christian who is also a citizen of our secular society. Warren’s questions seemed to come not from a political paradigm but a Christian one, with an emphasis upon the concerns of the needy (poverty, orphans, human rights), the biblical prophets referred to them as “the widow, the orhpans, and the stranger in your midst.” Whatever one’s perspective on Warren was this not the best “debate” that we have had in this long election cycle? 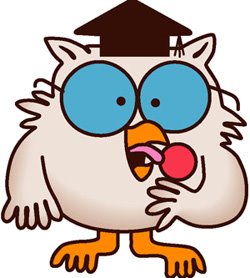 I am a keen news follower and I have, at various times, commented on the fact that I appreciate Chris Matthews’ Hardball […]

John Hobbins has an excellent post problematizing myth, “There are (no) myths in the Bible.” It would be useless to try and […]