I have been thinking about this question for a couple of days now as I have been working to clean up my sidebar and going back through the year looking over other people’s blog templates and older posts, including carnivals. Since I am especially attuned to the issues of canonicity controlling biblical studies’ academic discourse, I began to notice the same marginalization of apocrypha blogs in the biblioblogsphere. Should they be included in carnivals? Should they be mentioned in roundups? Should they be listed under “biblioblogs” on websites?

Someone else (cannot find the link now) had a similar question after having been at the “bibliobloggers” (BB) lunch at SBL and some folks declared that they were not in fact, BB, but were just there for the grub.

I had meant to comment on this in the Carnival and just didn’t get to it. My reply to April, in the comments of her blog, was this:
I would also agree with Stephen. It seems to me, if we discuss it at SBL it is fair game. Having just done the most recent Biblical Studies Carnival I feel I should apologize for the lack of apocryphal, rabbinic, and patristic material. It is not because I felt it not worthy of inclusion, there is just only so much room and each carnival reflects what each blogger reads regularly. (I should read more blogs on rabbinica but I don’t know of many. Do others?)

So I personally am very happy with a broader conception of Biblioblogging, as broad as biblical studies itself. This does mean, as Mark Goodacre points out, that a consistent and representative Biblical Studies Carnival is going to be more and more difficult to sustain. But I think we are all richer for the growth and addition of so many new blogs of interest to those in the broad world of biblical studies.

UPDATE: See Kevin’s comment below. Kevin texted me yesterday to say that his blog and entire site have been hacked and are […] 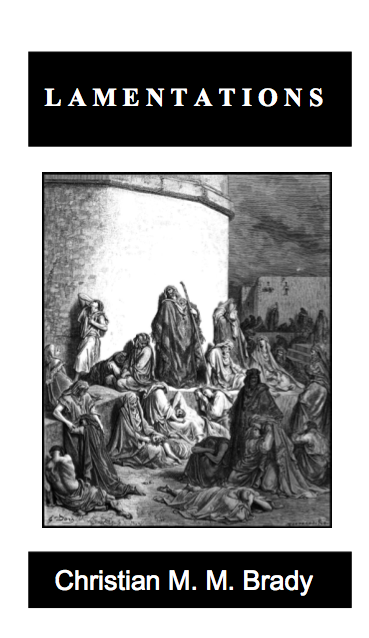 My short introduction to Lamentations for the Bible Briefs series is now available in a lovely pdf. Free download here.

This is brilliant! Quick Look Folder and Zip plugins Filed under: OS, Freeware, Leopard Quick Look is a beautiful thing, and in […]