Before the humorous and che-tongue-ek comments begin, I should make it clear that I do not endorse denigrating other school’s to build up one’s own. If you are good enough to be the best then it goes without saying. We should emphasize our strengths, not someone else’s weaknesses.

Yanking (the Chains of) the Ivies – Chronicle.com

Yet rarely do hundreds of people cheer wildly as some crazy-haired guy calls for Harvard, Yale, and Princeton to be shut down. That’s right: closed entirely. Their campuses turned into luxury condos. Their students distributed evenly throughout the colleges of the Big Ten. Their endowments donated to charity, or used to purchase Canada.

As a graduate of an Ivy and an employee of a Big 10 school, both near Canada, I have to say that I am sympathetic. 🙂 And the following comments also ring true to my ear.

But more interesting than the debate itself was the audience reaction. Anti-Ivy proclamations were greeted with enthusiastic whoops. It was as if everyone had finally been given permission to voice their long-held antipathy toward the elite. It was a mob scene, or as close as you’re likely to get at a wine-and-cheese gathering on the Upper West Side.

It’s all part of a current Ivy backlash, according to Alexandra Robbins, author of The Overachievers: The Secret Lives of Driven Kids and Secrets of the Tomb: Skull and Bones, the Ivy League, and the Hidden Paths of Power. Ms. Robbins thinks the mystique of the Ivy League is starting to wear thin — even though, as she acknowledges, it’s harder than ever to get into those colleges. “Other schools have caught up and surpassed the Ivy League,” she says.

And here is the kicker (and the opposite of what I experience quite often, I must say):

Ms. Robbins, a Yale graduate herself, is sometimes sheepish about her pedigree, preferring to avoid the topic.

Jim Newell knows the feeling. He writes for IvyGate, a snarky Ivy League gossip blog. Mr. Newell attended the University of Pennsylvania, “one of the lesser Ivies” (his words). His alma mater often gets confused with Penn State, and he’d rather not correct people: “God forbid I’d say, ‘That’s the one in the Ivy League.’ I’d rather run away than say that.”

Which is not to say that it shouldn’t be printed, but I was just wondering if anyone else thought it was offensive. […] 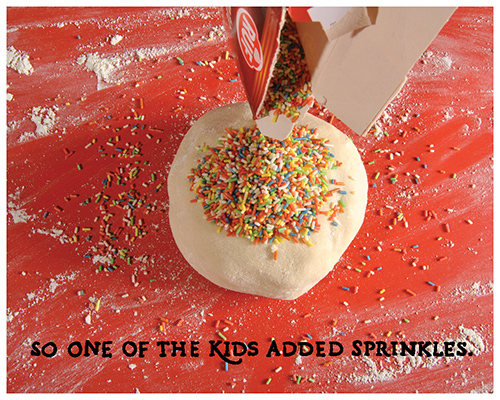 NY Times blog has Let It Dough! from Christoph Niemann, a very creative take on the creative act. See it all there […]