I have not been able to attend too many of the IOSOT papers but I was able to attend a few very good ones today. I wanted to make note of a couple that I noticed not only because they are on texts in the Megillot, my current area of interest, but because both presenters are young scholars.

At the moment, I just heard an excellent paper (all the more so since it is from a first-year student) on Qoh. 4.17-5.6 (Heb. numbering). Jennifer Barbour was arguing that these verses have behind them an allusion to Saul and his foolish offerings and vows/oaths. I cannot do the paper justice but I did want to note that she presented a very strong argument for viewing these verses as two strophes rather than four. Note the parallelism of (1) going/vowing to God (vv. 17 and 3), (2) fools (same), (3) do not be rash with words (vv. 1 and 5) and (4) a statement about dreams (vv. 2 and 6).

Eccl. 4:17 [Heb.]  Guard your steps when you go to the house of God; to draw near to listen is better than the sacrifice offered by fools; for they do not know how to keep from doing evil.

5:1 Never be rash with your mouth, nor let your heart be quick to utter a word before God, for God is in heaven, and you upon earth; therefore let your words be few.

2   For dreams come with many cares, and a fool’s voice with many words.

3   When you make a vow to God, do not delay fulfilling it; for he has no pleasure in fools. Fulfill what you vow.

5 Do not let your mouth lead you into sin, and do not say before the messenger that it was a mistake; why should God be angry at your words, and destroy the work of your hands?

6   With many dreams come vanities and a multitude of words; but fear God.

I do not know of anyone else who has noted this form (not that I would, I have not studies it carefully) and apparently no one else in the room had either. John Barton, for example, expressed that he was persuaded by this reading that Jennifer Presented. It is great to see such a sharp and talented young scholar!

The other paper was by Heath Thomas, who has just finished his doctorate with Gordon McConville at U. of Gloucester. He has been working on Lamentations and this paper was on its use as a liturgical document. I think he is fundamentally correct (as I have written elsewhere) and that it was used in this was fairly early on. At one point a scholar (whose name I missed) said that if the liturgical use was the goal then it failed. This made no sense to me since not only is it still read on Tisha b’Av in Jewish worship, but in many Christian traditions it is read during Holy Week. A text being read in the context of worship. That sounds like liturgy to me… There is more to Heath’s argument and I look forward to seeing it in print.
….
Last night was the final banquet (hence this not being posted earlier) and this morning are the last four papers and business meeting. No official word yet on where it will be in 2010 but the hot rumor is Helsinki.

It has been a great time in Ljubljana, I have met wonderful scholars and made new friend. This is one of the best conferences to attend, in my opinion. But I am looking forward to seeing my bride and kids. Tomorrow is travel day, so I may not be able to post again until next week (assuming I do not get another long layover!) so have a good weekend!

One thought on “IOSOT Papers”

This past Sunday we sang a hymn with the title above that I had never sung before. Imagine my surprise when I […] 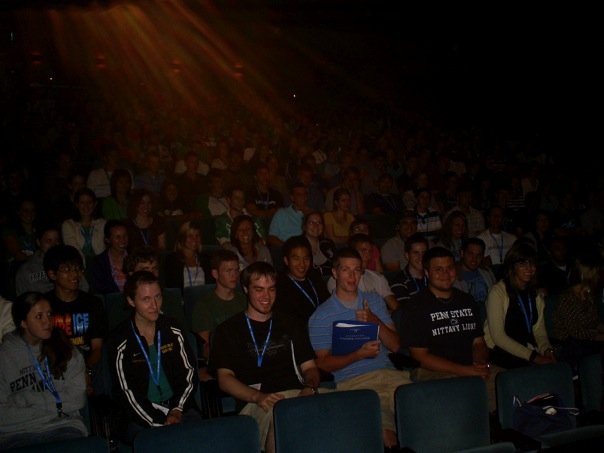 First Night with the Dean! This year’s convocation had a twist: late night talk show format. This was the most fun I […]

See, I first read this as “underwear volcano.” It really changes the meaning and the mental image, doesn’t it? @NatGeo: Photos: Underwater […]