Last night was the opening ceremonies for this year’s IOSOT. A reminder for those not familiar, the IOSOT is a triennial conference, meeting every three years somewhere in Europe. It is a great opportunity to meet with colleagues, especially those from Europe and Israel who often do not attend SBL in the States. This year is special for a number of reasons. Here in Slovenia it is the “Year of the Bible” (I was born in the Year of the Monkey) and it is the first time (so the speakers said) that Orthodox scholars were a part of such a congress. This last bit confused me, to be honest. I know that we have never kept Orthodox scholars away or excluded them in any way. It was, they said, also the first such congress in a former communist country. That sounds about right to me. The festivities were unbelievable (and unbelievably long). The ceremonies were in the Cathedral Square (Pogačarjev trg) and the Prime Minister of Slovenia (at right) spoke. I will see if I can get portions of the speeches posted at some point. The evening included:

The entire thing was broadcast on national television. It started at 9pm and ended at 11:40 after the Boys Choir of St. Petersburg, the Slovenian Brass Ensemble, the Slovenian Phil. Orch. and the Symphonic Orchestra of RTV Serbia, 4 soloists and 300 singers from seven countries performed. The central piece was Beethoven’s Symphony in D minor (all 1 hour and 20 minutes of it!). The five churches in the city all rang their bells together at one point. I feel for the next president of IOSOT who has to top this!

The papers began today and so far so good. The Qumran papers overlap with the regular IOSOT for the next day undermining one of the benefits of a smaller congress, you can attend most of the papers. Still it is great to see old friends and for me, who spends 98% of his time doing administrative work rather than research and writing, it is good to get back into the game and do a bit of writing. (Even if it is mostly for the blog!)

That is the concluding line from this oped by Bonnie Erbe. I suspect she is enjoying a double entendre here as her […]

UPDATE: Now Time magazine is covering this non-story. Time has succombed to sensationalism as much as any rag. I love this line: […]

I have not seen the news elsewhere but Jim is reporting the passing of a giant. I remember very well when I […] 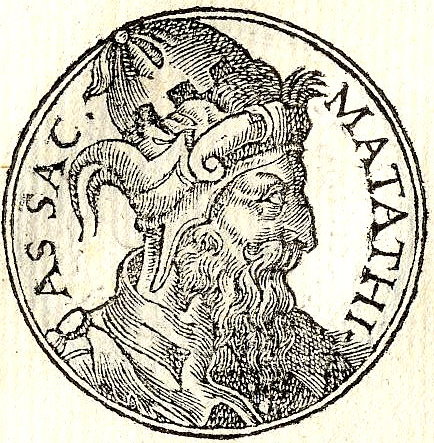 UPDATED – Excursus below. That is overstating the case and an example of really bibliogeeky link baiting. (Can we have a competition […]