Tradition says that on Purim the world is turned upside down, but perhaps Madonna dressing up as a tart is just a little too normal…

The Hung Up singer was accompanied to the bash, held to celebrate the Jewish festival of Purim, by husband Guy Ritchie who was wearing a Native American outfit – complete with a long black wig.

Madonna and Guy arrived at the Los Angeles Kabbalah Centre smiling and appeared happy – dampening rumours their relationship is on the rocks.

Once inside, the couple enjoyed a traditional feast to honour the ancient story of Queen Esther’s victory against evil – with who Madonna shares her Hebrew name.

Luckily, the sexy star’s choice of outfit, which included a feather duster for tickling, didn’t offend anyone this year .

Twelve months ago Madonna caused outrage at a London Purim celebration after she went dressed as a nun, while Guy wore a priest outfit.

William Donahue, president of the American Catholic League, insisted the two stars should be beaten by a real life priest and nun for desecrating the sacred attire.

He fumed at the time: “They’re trying to tweak Catholicism again by
exploiting the Jewish holiday.

From our class trip to DC. We heard about the limitations of national intelligence and the fact that the IC is to […]

The hotel had an open pool table. After playing a game it occurred to me there might be one more good shot […]

My wife persuaded me to take a new Facebook app personality test called “Personality Patterns.” It turns out it is very similar […] 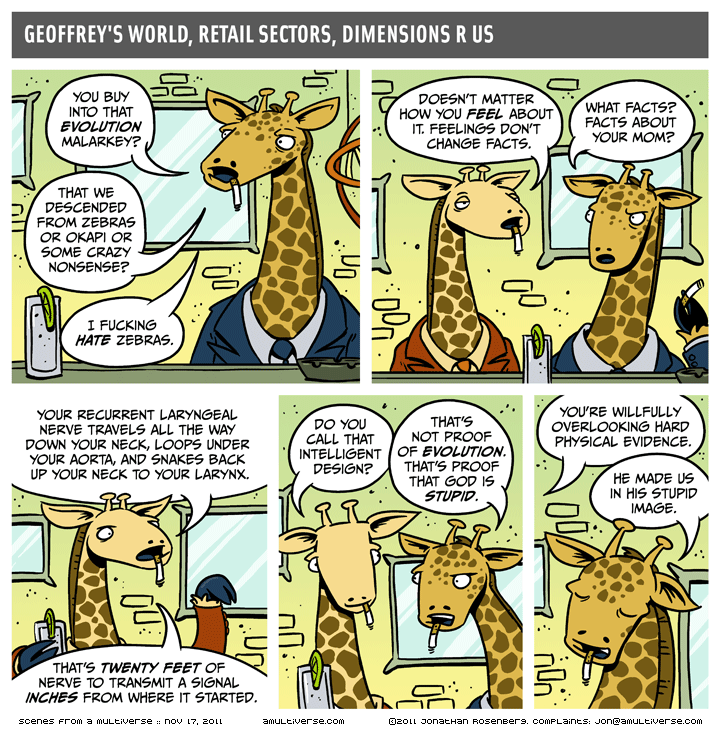 No, its not proof of evolution. (But proof that I am “stupid” is that I just had major dental work done less […]